The Office of the Auditor General of Canada (OAG) has 1 program activity: legislative auditing. The OAG conducts independent audits and studies that provide objective information, advice, and assurance to Parliament, government, and Canadians.

The Auditor General of Canada is an Officer of Parliament, who is independent from the government and reports directly to Parliament. The duties are set out in the Auditor General Act, the Financial Administration Act, and other acts and orders-in-council. These duties relate to legislative auditing and, in certain cases, to monitoring of federal departments and agencies, Crown corporations, territorial governments, and other entities.

This quarterly report has been prepared by management using an expenditure basis of accounting. The accompanying Statement of Authorities includes the OAG’s spending authorities granted by Parliament and those used by the OAG, consistent with the Main Estimates for the 2019–20 fiscal year. This quarterly report provides financial information on the use of spending authorities. The OAG uses the full accrual method of accounting to prepare and present its annual financial statements that are part of the departmental results reporting process. However, the spending authorities voted by Parliament remain on an expenditure basis.

Highlights of quarterly and year-to-date results 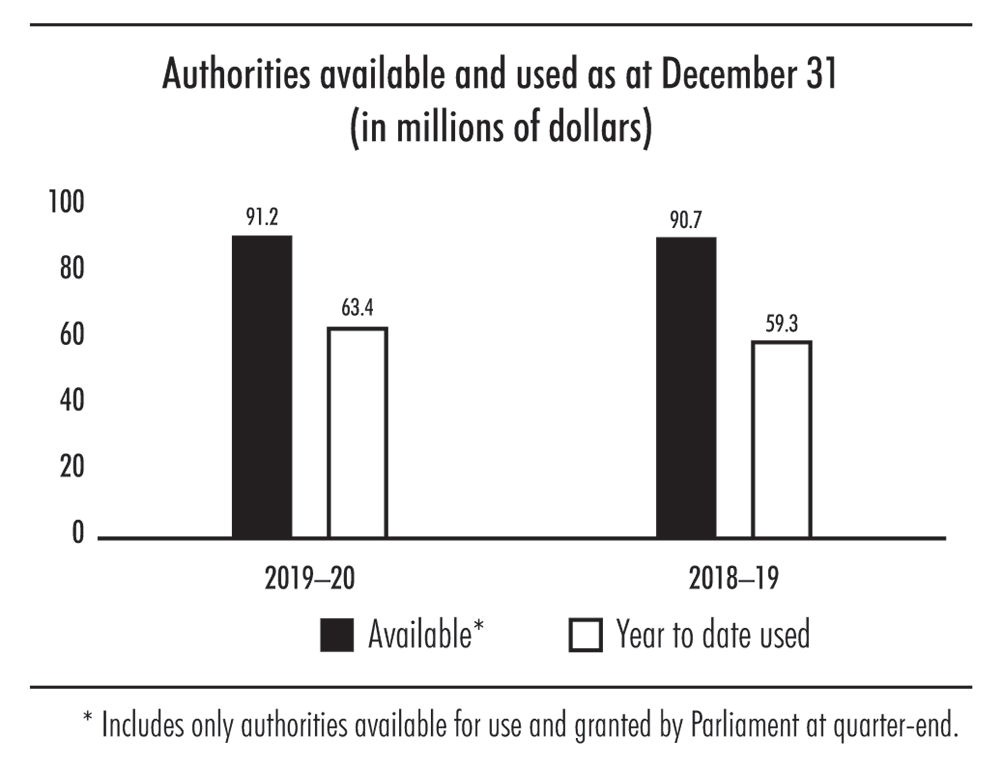 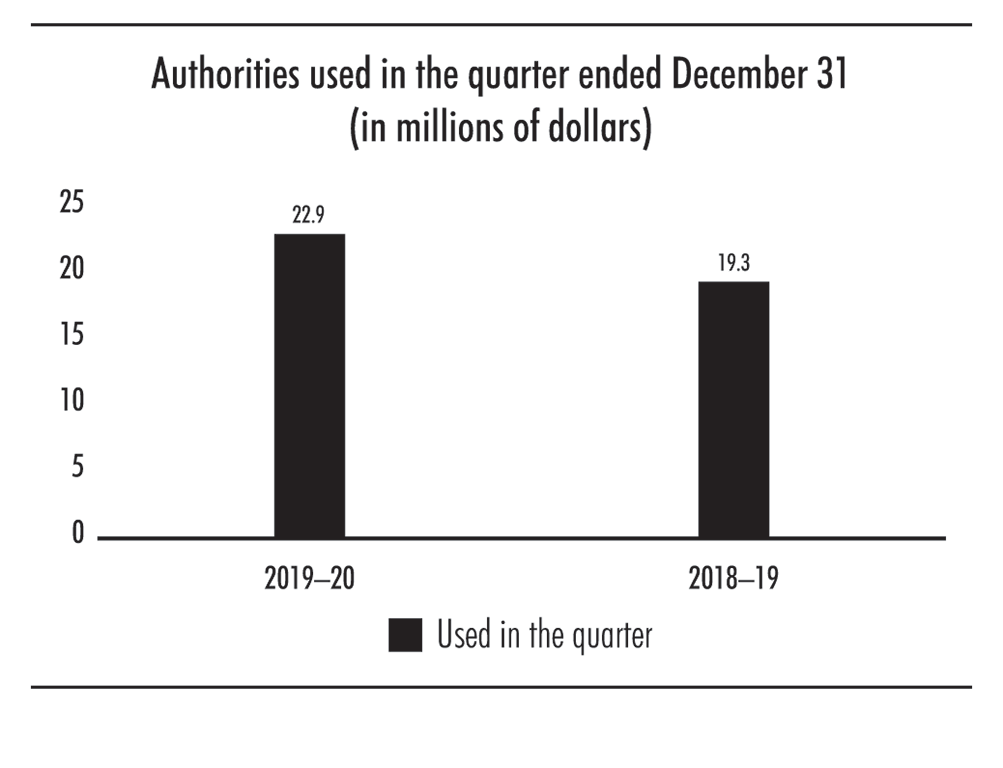 The key risk for the OAG is its ability to effectively acquire, develop, and use new technologies and methodologies to keep pace with the changing audit environment. Managing this risk means that the OAG must invest in its information technology security and architecture, including the modernization of audit tools and emerging technologies. Accordingly, the OAG has had to reduce the number of performance audits that it conducts.

There were no significant changes in operations, personnel, and program during the third quarter of the 2019–20 fiscal year.

Statement of authorities (unaudited)
(in thousands of dollars)