The Office of the Auditor General has one program activity: legislative auditing. The Office conducts independent audits and studies that provide objective information, advice, and assurance to Parliament, government, and Canadians.

The Auditor General is an Officer of Parliament, who is independent from the government and reports directly to Parliament. The duties are set out in the Auditor General Act, the Financial Administration Act, and other acts and orders-in-council. These duties relate to legislative auditing and, in certain cases, to monitoring of federal departments and agencies, Crown corporations, territorial governments, and other entities.

This quarterly report has been prepared by management using an expenditure basis of accounting. The accompanying Statement of Authorities includes the Office’s spending authorities granted by Parliament and those used by the Office consistent with the Main Estimates for the 2017–18 fiscal year. This quarterly report provides financial information on the use of spending authorities. The Office uses the full accrual method of accounting to prepare and present its annual financial statements that are part of the departmental results reporting process. However, the spending authorities voted by Parliament remain on an expenditure basis.

Highlights of quarterly and year-to-date results

There are no significant changes to authorities available and used to report in the quarter. 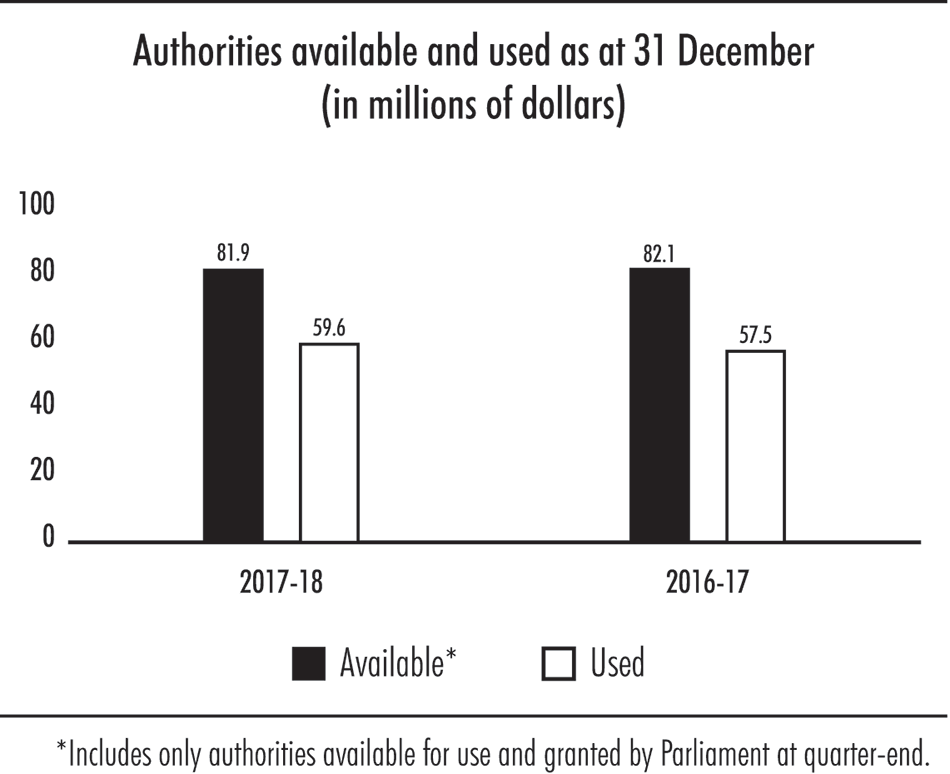 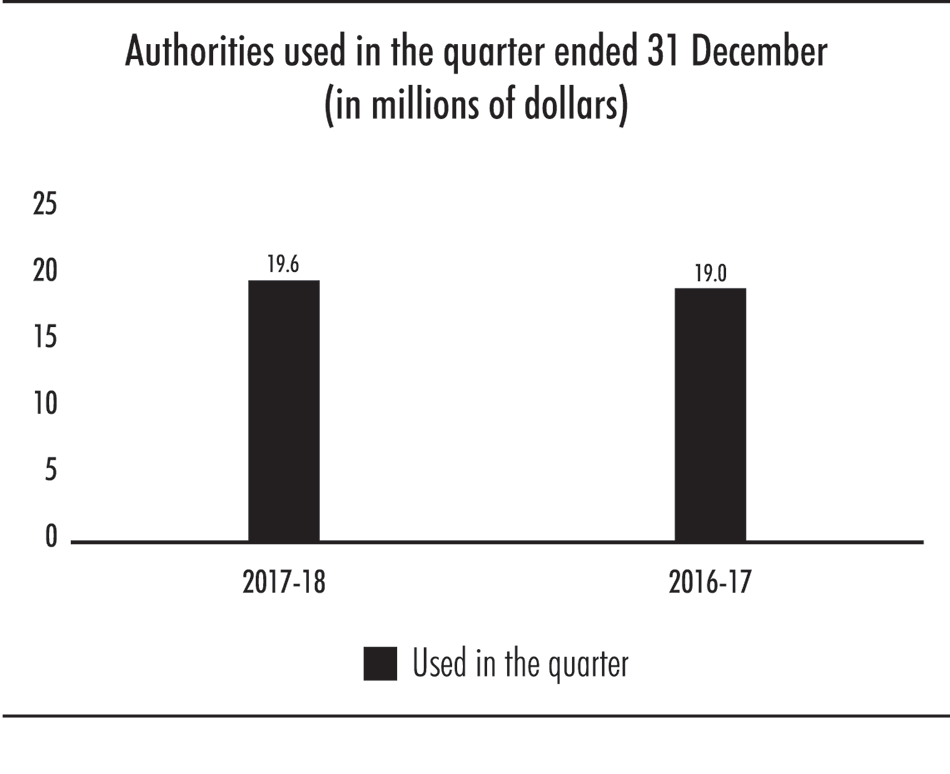 Paying for increasing audit and service costs from a funding base that is not increasing will require reductions in products or services, or both, in the near future. We are reviewing our resource allocations to ensure that we can produce all required audits as efficiently as possible in the near term, and we are considering potential options for the longer term.

On 4 December 2017, the Office signed a collective agreement covering the period from 1 October 2014 to 30 September 2018 with its Audit Services staff members.

On 31 December, the Office started reviewing salaries and making retroactive payments. This work will continue in the next few months.

Statement of authorities (unaudited)
(in thousands of dollars)