Below are highlights from our commentary on the 2021–2022 financial audits.
For the complete commentary, select “full report.”

The overall amount the government spent or loaned responding to COVID‑19 in the 2021–22 fiscal year was approximately $76 billion.

We found that, in all material respects, the government properly accounted for COVID‑19 measures in its 2021–22 consolidated financial statements.

Amounts the federal government spent or loaned responding to COVID‑19 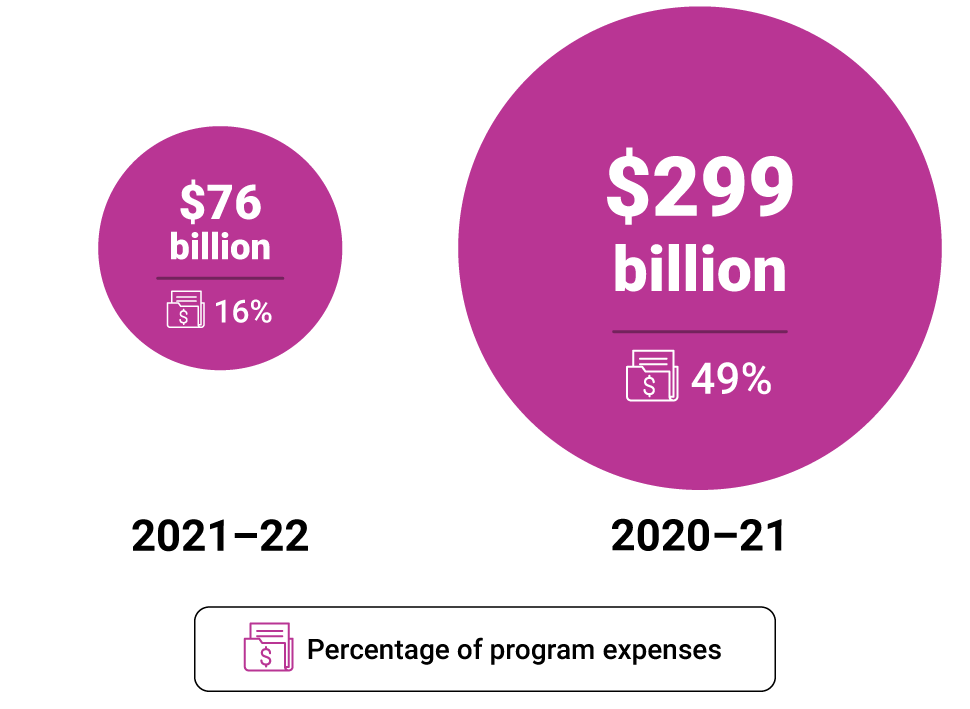 Source: Based on the Office of the Auditor General of Canada’s analysis of data in the consolidated financial statements of the Government of Canada

The government has begun a multi‑year process to identify and collect overpayments or payments made to ineligible recipients.

The amounts of benefits the government overpaid or paid to ineligible recipients are identified over time as the government’s post‑payment verifications are completed. 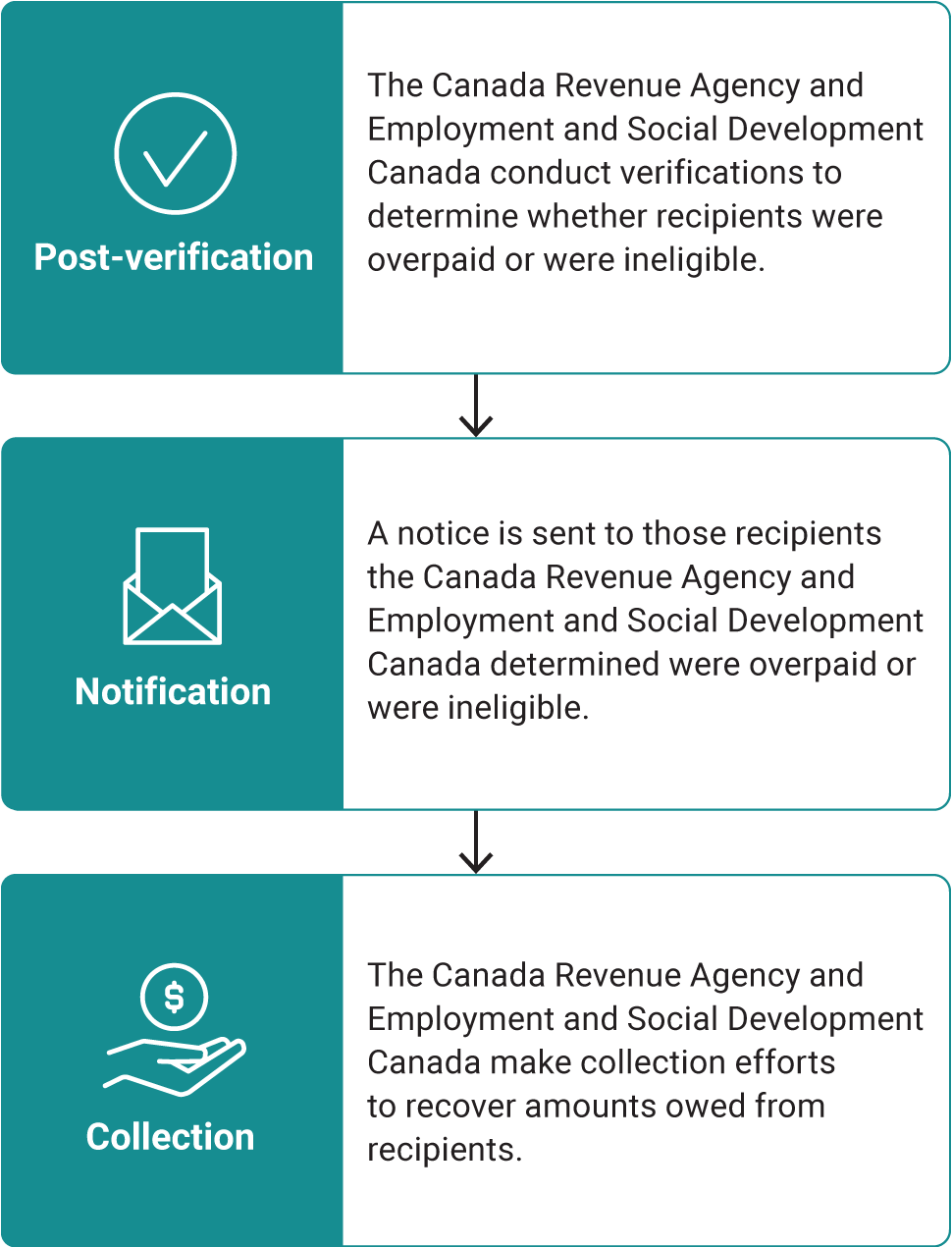 Source: Based on the Office of the Auditor General of Canada’s audit of the consolidated financial statements of the Government of Canada

A performance audit report of specific COVID‑19 benefits will be released by the Auditor General of Canada before the end of 2022.

The government expects the interest costs on its debt to increase, which is partly due to increasing market interest rates coupled with the upcoming maturity of some of its debt. 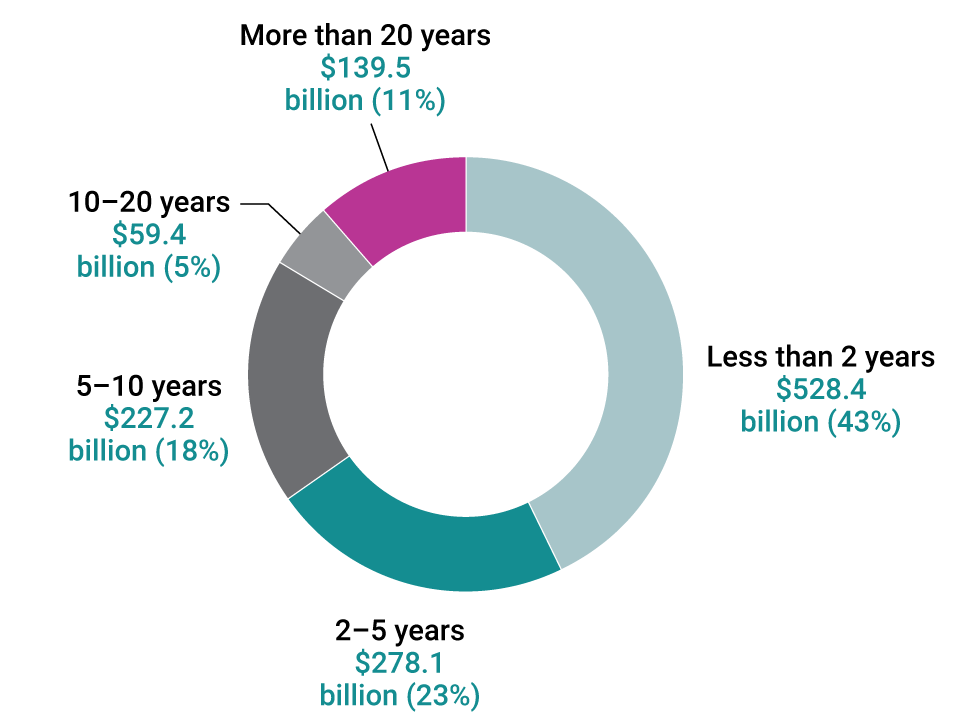 Source: The Bank of Canada and the 2021–22 Public Accounts of Canada

Source: Based on the Office of the Auditor General of Canada’s analysis of a sample of employees’ pay transactions used in the audit of the consolidated financial statements of the Government of Canada for the 6 fiscal years ending March 31 from 2017 to 2022

The government needs to take steps to recover overpayments of salaries, wages, or employment-related allowances in a timely manner because legal limitation periods mean that certain recovery mechanisms may no longer be available to the government in its recovery efforts.

For nearly 2 decades, we have raised concerns about National Defence’s ability to properly account for the quantities and values of its inventory. In our view, the errors we noted in our audits indicate continued weaknesses in the department’s internal controls that need to be addressed.

Enhanced reporting will soon be required for some federal organizations

These are some examples of factors considered when assessing how well organizations perform on environmental, social, and governance matters. 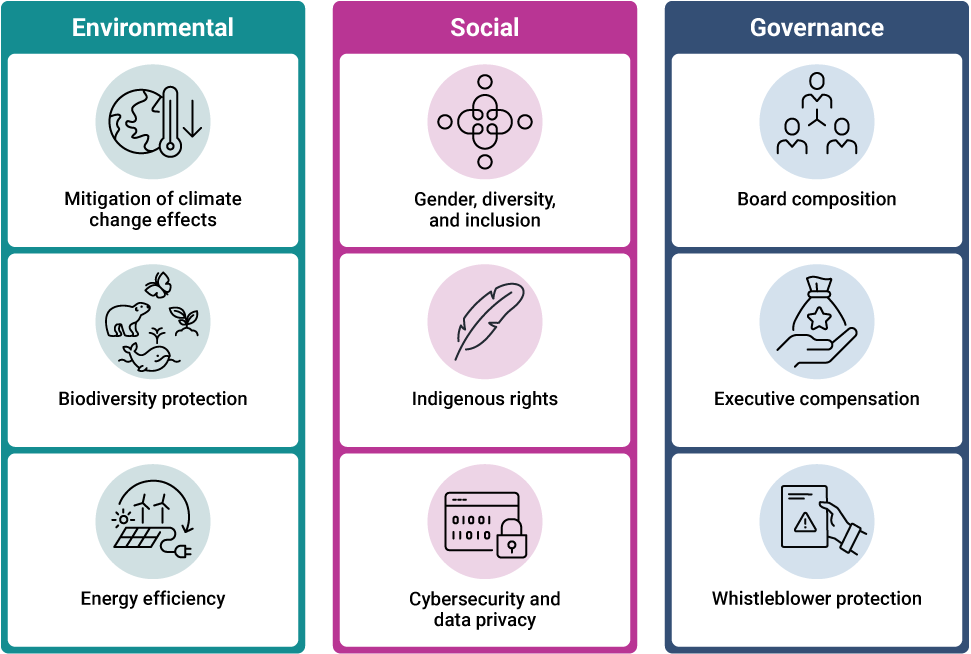 Source: Based on information from the website for the Federal Sustainable Development Strategy and several other federal government websites

A new accounting standard will impact the government’s consolidated financial statements starting in the 2022–23 fiscal year.

The government has a great deal of work to do in its preparation for the new accounting standard.

Example—Removal of asbestos from an office building 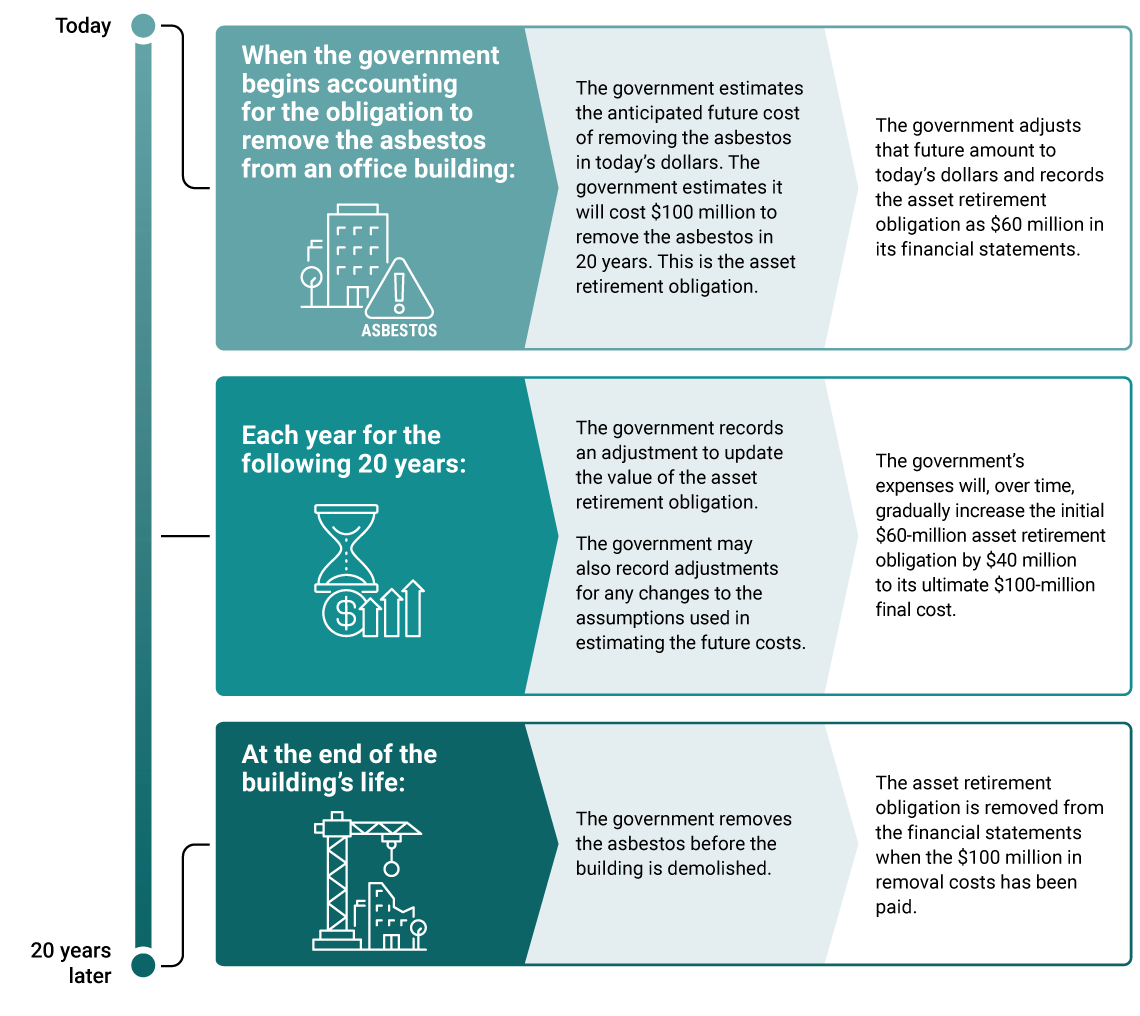 Source: Example developed by the Office of the Auditor General of Canada on the basis of a new public sector accounting standard