Overall, we found that Fisheries and Oceans Canada and the Canada Border Services Agency had not taken the steps required to prevent invasive species, such as the zebra mussel, green crab, and tunicates, from becoming established in Canada’s waters despite commitments to do so over the years. Fisheries and Oceans Canada had not determined which species and pathways posed the greatest threats to Canada’s environment and economy and to human health and activities, and it had not determined which species were the most important to regulate.

Fisheries and Oceans Canada had, however, taken significant action to prevent Asian carp species from becoming established in the Great Lakes, and in 2017, the Department received additional funding to deal with aquatic invasive species.

We also found that Fisheries and Oceans Canada did not distinguish its responsibilities with regard to aquatic invasive species from those of the provinces and territories. Not knowing who should do what creates uncertainty about which jurisdiction should respond when new invasive species are detected. As well, the Aquatic Invasive Species Regulations were not adequately enforced, partly because of the Department’s and the Agency’s shortcomings in equipping and training fishery officers and border services officers with the means to prevent aquatic invasive species from entering Canada. 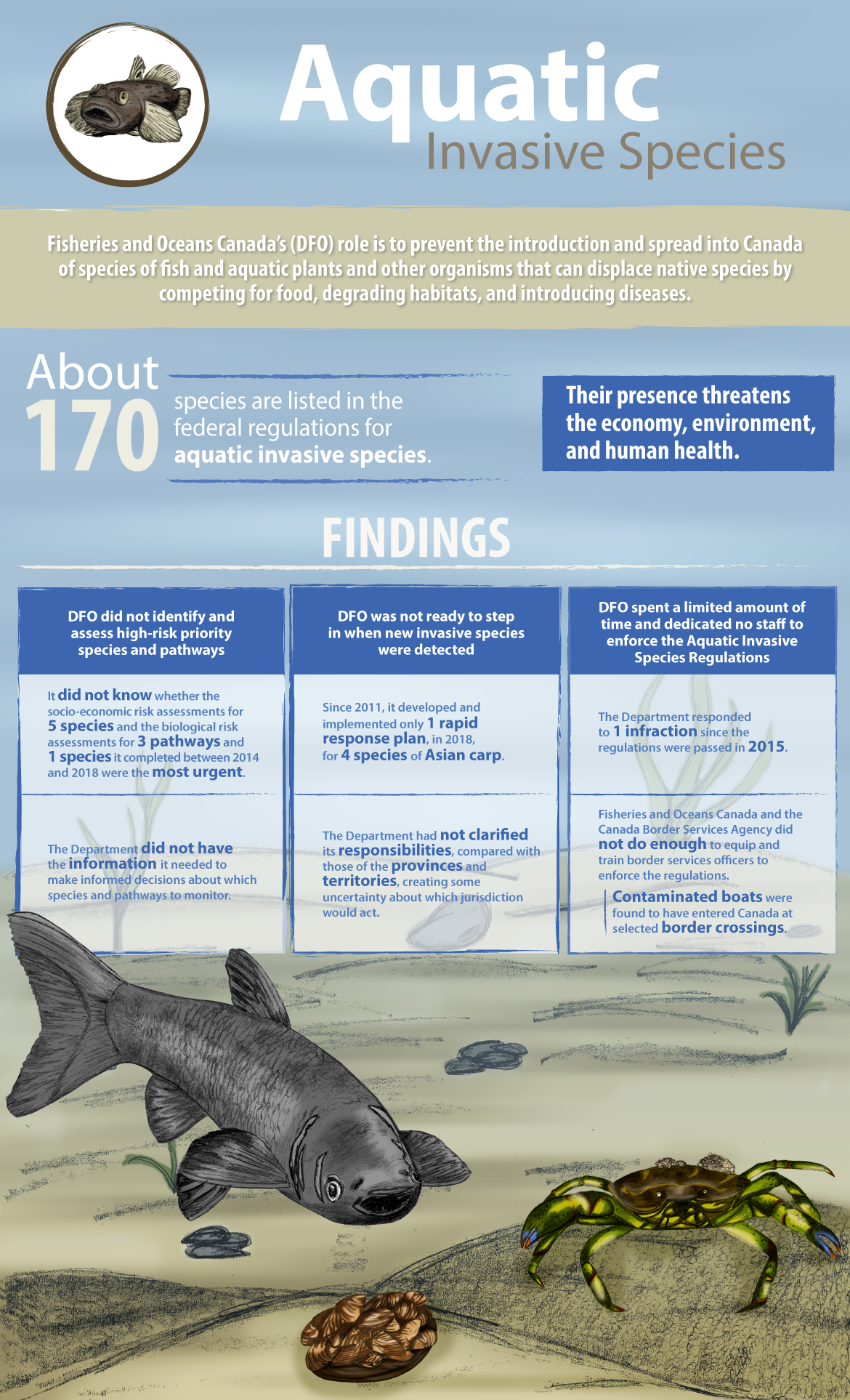