The Auditor General of Canada 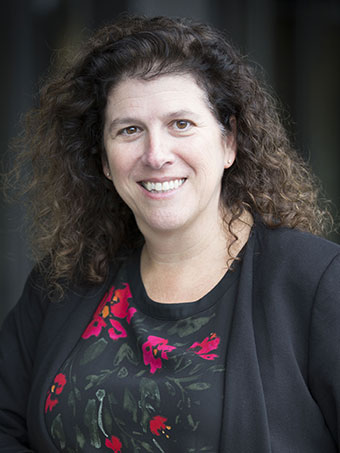 Karen Hogan was appointed Auditor General of Canada in June 2020.

Karen Hogan holds a bachelor’s degree and graduate diploma in accounting from Concordia University in Montréal. Fully bilingual, she is a member of the Ordre des comptables professionnels agréés du Québec and the Chartered Professional Accountants of Ontario. She has over 25 years of professional experience in accounting and auditing.

Ms. Hogan began her career in the private sector, working first as an auditor at a Montréal-based accounting firm and then as a manager at another private firm in Thunder Bay and Ottawa. She joined the Office of the Auditor General of Canada in 2006, and has served as Assistant Auditor General since January 2019.

During her time at the Office of the Auditor General, Ms. Hogan has helped shape organizational change and strategic direction. Her work has included leading the audit of the consolidated financial statements of the Government of Canada, and contributing to the delivery of a new report to help Parliamentarians and Canadians understand complex financial matters and the importance of financial audits for Canada. Ms. Hogan also contributed to the development and delivery of a new talent management strategy for the Office. She supports standard setting in Canada as a member of the Public Sector Accounting Discussion Group.

Outside of work, in addition to spending time with her husband and two children, Ms. Hogan is also actively involved in her community, serves on the board of directors of a not-for-profit organization, and supports competitive swimming as a certified swim official.

The Commissioner of the Environment and Sustainable Development 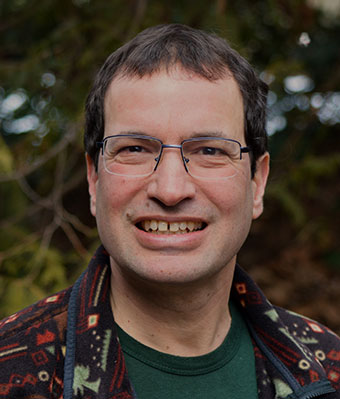 Jerry V. DeMarco assumes the role of Commissioner of the Environment and Sustainable Development in February 2021. A lifelong interest in nature and a 25-year career devoted to working in the environmental field have positioned Mr. DeMarco as a leading Canadian expert in environmental policy and law.

Mr. DeMarco has authored numerous articles and publications on environmental protection and law, for a large variety of books and journals. He was also the first recipient of the City of Toronto’s award for environmental leadership.

The Commissioner of the Environment and Sustainable Development is appointed by the Auditor General of Canada for a 7 year term.

On behalf of the Auditor General, the Commissioner provides parliamentarians with objective, independent analysis and recommendations on the federal government’s efforts to protect the environment and foster sustainable development.

The Commissioner conducts performance audits, and is responsible for:

The Office of the Auditor General of Canada

The Office of the Auditor General of Canada (OAG) employs approximately 575 people between its head office in Ottawa and 4 regional offices in Vancouver, Edmonton, Montréal and Halifax.

In 2007, Parliament passed the Kyoto Protocol Implementation Act. Under the Act, the CESD was required to prepare a report at least once every two years, up to and including 2012, on Canada’s progress in implementing the Climate Change Plans and meeting its obligations under the Kyoto Protocol.

Such reports were completed in 2009, 2011 and 2012. As the Kyoto Protocol Implementation Act was repealed in 2012, the CESD is no longer responsible for preparing these reports.

Our audit professionals are highly qualified in their fields and bring a rich mix of academic disciplines and experience to their work. They include accountants, engineers, lawyers, management experts, information technology professionals, environmental specialists, economists, historians, and sociologists. All audit staff have a graduate degree, or a bachelor’s degree and professional designation, and many have additional credentials.

Auditors are organized into teams that are assigned to audits of specific departments, agencies, or Crown corporations, and audits of Canada’s three territories. They are supported in their work by specialists in law, professional practices, international relations, information technology, knowledge management, human resources, financial management, communications, and parliamentary liaison.

All OAG employees adhere to a Code of Values, Ethics and Professional Conduct that serves to encourage and maintain a professional work environment, and to maintain and enhance the confidence of the public and the government in the Office’s integrity. The Code also clearly outlines employee responsibilities to Parliament, audit entities, the public, and the Office. Once a year, employees are required to certify that they comply with this code.

Five core values drive how OAG employees conduct themselves and their work.

We strive to be a model organization for the federal government. We treat people fairly. Our audit plans are strategic and risk-based, our reports are focused on results, and our effectiveness is measured and reported annually to Parliament. Our policies and practices are aligned with our vision and values, and our processes are economical, efficient, and responsive.

The Office of the Auditor General of Canada (OAG) produces various reports that set forth its plans and priorities, review its performance, and demonstrate its commitment to employment equity. The Office also prepares a sustainable development strategy every three years.

The Office periodically surveys its employees to evaluate its success in achieving its objective of providing a work environment where employees are satisfied and engaged.

Finally, the OAG conducts periodic surveys of Parliamentarians and other users of our reports to help us ensure that we are meeting their needs.

The Office of the Auditor General of Canada (OAG) seeks to adhere to the highest standards, and is committed to continuous improvement in all areas of its operations. The Office ensures the quality of its audit work in a variety of ways.

We systematically seek assurance that our work meets professional standards through:

We also subject all of our audit products to regular practice reviews, and conduct internal audits that focus on the Office’s management and administration. These are carried out in accordance with the annual Practice Review and Internal Audit Plan.

Every year, we review our system of quality control to ensure it is operating effectively. Results are communicated to the Office’s management and to all staff.

In 2007, the Auditor General of Canada asked an independent panel of experts—the “Green Ribbon Panel”—to examine implementation of the Office of the Auditor General’s (OAG) environment and sustainable development mandate to date, and explore opportunities within the mandate that would allow us to serve Parliament better.

In its report, Fulfilling the Potential—A Review of the Environment and Sustainable Development Practice of the Office of the Auditor General of Canada (2008), the Green Ribbon Panel made nine recommendations, all of which were accepted. Two of these recommendations resulted in the drafting of a discussion paper in 2010: Managing Sustainable Development.

The Office subsequently prepared a Response to the Report of the Green Ribbon Panel reflecting the status of implementation of those nine recommendations.

Who Audits the OAG?

Like other federal government departments and agencies, the OAG submits annual spending estimates to Parliament and appears before the Standing Committee on Public Accounts to explain its estimates, priorities, and management practices.

John Lorn McDougall, a former member of Parliament, was appointed the first independent Auditor General of Canada in 1878. Up to that point, the job had been performed by the deputy minister of finance.

At the time, the Auditor General had two main functions:

The Auditor General’s annual reports to the House of Commons in that era listed every single government transaction, from the purchase of bootlaces to contracts for bridge building. Those detailed records revealed a focus different from the work of the federal audit office of our day. But like today, the Auditor General of the late 19th century was expected to report on whether public money was spent the way Parliament intended.

The work of the Office began to move in its current direction in the 1950s, when the Auditor General began to report on "non-productive payments." These were transactions that, while legal, provided no apparent benefit to Canadians. The reports were controversial, however, because government officials felt the Auditor General was commenting on government policy and therefore going beyond his mandate.

Further amendments to the Act in 1995 established the position of Commissioner of the Environment and Sustainable Development within the Office of the Auditor General of Canada.